How can you save yourself from being quacked? Here are some useful pointers by Dr. Stephen 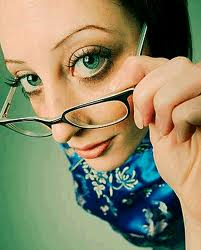 1. Forget about 'secret cures'. True scientists share their knowledge as part of the process of scientific development. Quacks often keep their methods secret to prevent others from decisively demonstrating that they don't work. No one who actually discovered a cure would have reason to keep it secret. If a method works - specially for a serious disease - the discoverer would gain enormous fame, fortune and personal satisfaction by sharing the discovery with others.
2. Remember that quackery often garbs itself in a cloak of pseudo-scientific respectability and its promoters often use scientific terms and quote (or misquote) from scientific references. Be equally wary of pseudo-medical jargon. Instead of offering to treat your disease, some quacks will promise to 'detoxify' your body, 'balance' its chemistry, release its 'nerve energy' or 'bring it in harmony with nature'. The use of concepts that are impossible to measure or quantify enables success to be claimed even though nothing has actually been accomplished.
3. Ignore any practitioner who says that most diseases are caused by faulty nutrition or can be remedied by taking supplements. Although some diseases are related to diet, most are not. Moreover, in most cases where diet actually is a factor in a person's health problem, the solution is not to take vitamins but to alter the diet.
4. Be wary of catchy anecdotes and testimonials. If someone claims to have been helped by an unorthodox remedy there is often a rational explanation. Most single episodes of disease which affect patients lead to recovery with the passage of time, and most chronic ailments (such as arthritis and psoriasis) are marked by symptom-free periods. Many people who give testimonials about recovery from cancer have undergone effective treatment as well as unorthodox treatment, but give credit to the latter. Some testimonials, of course, are complete fabrications!
5. Be skeptical of any product which claims to be effective against a wide range of unrelated diseases, particularly serious diseases. There is no such thing as a panacea or 'cure-all'.
6. Ignore appeals to your vanity. One of quackery's most powerful appeals is the suggestion to 'think for yourself' instead of following the collective wisdom of the scientific community. A similar appeal is the idea that although a remedy has not been proven to work for other people, it still might work for you. Remember that all humans have the same anatomy and physiology, and scientific rules apply to all of us.
7. Don't let desperation cloud your judgment! If you feel that your doctor isn't doing enough to help you, or if you have been told that your condition is incurable and don't wish to accept this fate without a struggle, don't stray from scientific health care in a desperate attempt to find a solution. Instead, discuss your feelings with your doctor and consider a consultation with a recognized expert.

The best way you can protect yourself from being taken for a ride, is to make sure you are well informed about your own body. The 'take-home message' is simple: if it sounds too good to be true, it probably isn't!
Posted by Patients First - Dr.Aniruddha Malpani,M.D. at 5:12 PM

Email ThisBlogThis!Share to TwitterShare to FacebookShare to Pinterest
Labels: Dr.Aniruddha Malpani, HELP Library, How can you save yourself from being quacked? Here are some useful pointers by Dr. Stephen, How To Get The Best Medical Care 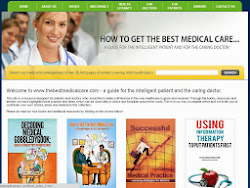